One hour FREE class via Zoom – a live link will be sent upon registration.

For several years, Robert Morgan Fisher has taught creative writing to veterans and military dependents at the West Los Angeles VA. Known as The UCLA Wordcommandos, many of these students have gone on to be published writers and/or have been accepted into various MFA programs. Growing up the son of a warrior, Robert has special insight into the artistic needs and potential of the military mind. He has created a program which teaches the craft and business of writing. In this one-hour free class, Robert will share: 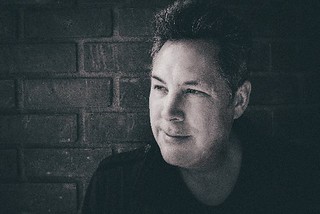 Robert Morgan Fisher won the 2018 Chester Himes Fiction Prize and was shortlisted for the 2019 John Steinbeck Award. His fiction and essays have appeared in numerous anthologies and literary journals including Pleiades, Storyscape Journal, Teach. Write., The Wild Word, The Arkansas Review, Red Wheelbarrow, The Missouri Review Soundbooth Podcast, Dime Show Review, 0-Dark-Thirty, The Huffington Post, Psychopomp, The Seattle Review, The Spry Literary Journal, 34th Parallel, The Journal of Microliterature, Spindrift, The Rumpus, Bluerailroad and many other publications. He’s written for TV, radio and film. Robert holds an MFA in Creative Writing from Antioch University Los Angeles and is currently on the teaching faculty of Antioch University Santa Barbara. Since 2016, Robert has led the UCLA Wordcommandos, an acclaimed twice-weekly writing workshop for veterans with PTSD. He often writes companion songs to his short stories. Both his music and fiction have won many awards. Robert also voices audiobooks. (www.robertmorganfisher.com)

I have been in the WordCommandos program at the West LA VA with Robert Morgan Fisher for three years. This program helped me rebuild my life after I had to leave my PhD program in Neuroscience in 2016. I didn’t have any idea what else I could do. Writing helped me get through my depression and PTSD by giving me a creative outlet, and Robert’s workshops gave me the tools I needed to pursue an MFA in Creative Writing at Antioch University. I’m grateful for his mentorship and guidance.”