In this two-week exploratory course, students will learn basic elements of drama, ways to identify dramatic elements within poems, and approaches to adapting poetry text into performative text.

WEEK ONE: Page to Stage
We will learn how theme, plot, character, dialogue, setting, as well as visual and musical elements function in transforming poetry into performance.  We will also look at several poets who have either effectively adapted or had their poetry adapted for the stage.

WEEK TWO:  Poetry to Performance
We will identify and discuss dramatic elements within specific poem(s) and explore the various kinds of theatre that the poems are best suited for. 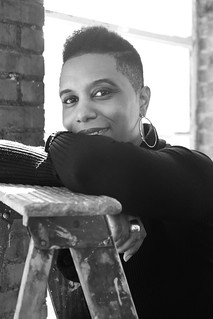 Dana L. Stringer is a poet, playwright, nonfiction writer, and writing instructor. She holds an MFA in Creative Writing in Poetry from Antioch University Los Angeles and a BA in Political Science (Government) from Morehead State University. She most recently served as an online poetry instructor and instructional facilitator for inspiration2publication in the MFA program at Antioch University Los Angeles. She has worked as an academic writing consultant for several eLearning corporations, serving colleges, universities, libraries, and school districts. Dana is the author of the poetry chapbook In Between Faith (Black Picket Fence, 2014). Her poetry has been featured in the African American Review, Rogue Agent, For Harriet, and Blackberry: A Magazine as well as several anthologies.  She has also been a featured poet in venues across the county. In addition, she has served as a contributing writer and an associate editor for print as well as online platforms. Her produced works for stage include: Black Body, Blue Note, Ms. Management, Spare Change, Ms. Frankie Lee, Looter, Colored in Winter, The Costume Waver, ID, and Kinsman Redeemer. Her staged readings include: We the Village, Spare Change, Solomon’s Porch, and Secret Life in a Sacred House. Black Body, Blue Note, her performance art piece fusing movement and poetry, was produced at Vanguard Repertory Company and adapted into short poetry film in 2019. She is a member of the Dramatists Guild and Working Title Playwrights.