Laying Down the Tracks: Jump Start Your Screenplay (AUO CRW 1916)

Laying Down the Tracks: Jump Start Your Screenplay (AUO CRW 1916)

*To learn the basics of screenplay structure and scene.

*To learn how to create a pitch that will both further your screenwriting and help eventually sell others on the idea of your screenplay.

*To come away with a solid take on Act I of your screenplay.

*Obtain the tools to keep submitting on your own well into the future.

WHAT THIS CLASS WILL OFFER

What makes a good scene? What are your basic elements and who are your main characters? Through scene you will be able to get to know your characters and what they want and be able to launch forward. Examples of great scenes will be given in class.

A movie’s blueprint. We will go over what needs to happen in three acts, with emphasis on the characters and situation you’ve created. We will ask questions of your story and get a solid sketch of an outline with which to move forward.

In screenwriting the pitch is everything! I will give you the basics of what makes a solid pitch, both elevator length and two page submission-worthy pitch. You will, having outlined your story, work it into a pitch to share with your classmates and workshop.

Week 4: Act I the Workshop:

By now you will have written Act I! We will discuss your work in a workshop environment and come up with an action plan for continuing your screenplay outside of class. 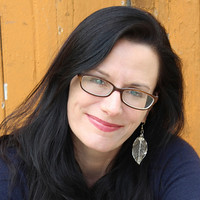 Kate Maruyama’s twenty years in the film industry started when she was an agency assistant at William Morris, where she learned the ins and outs, from contracts to deals, indie movies to studios films, indie releases to negative pickup. She moved on to Jon Peters Entertainment where she worked as a development assistant, developing pitches, giving notes on screenplays and finally was Director of Development at Sylvester Stallone’s company White Eagle at Universal where she worked with writers and executives developing pitches and screenplays for production. She was a script consultant for Demarest Films and for Village Roadshow Pictures for ten years. She then quit to write and learned the other side of the screenwriting world, with a number of scripts in development and had one screenplay produced. She has consulted on numerous screenplays since and has a knack for developing them into the type of material producers and actors are looking for.

Her first novel Harrowgate was published by 47North, and she appears in numerous print and online journals as well as in anthologies.

Kate holds an MFA from Antioch University Los Angeles in fiction where she is adjunct faculty in the BA program and Affiliate faculty in the MFA program. She teaches with Writing Workshops Los Angeles and is part of the team behind Antioch’s inspiration2publication program.