Step Away from That Plot: The Art of Digression with Rochelle Newman-Carrasco (AUO CRW 3040)

Step Away from That Plot: The Art of Digression with Rochelle Newman-Carrasco (AUO CRW 3040)

The trouble with me is that I like it when somebody digresses. It’s more interesting and all.

-Holden Caufield, Catcher in the Rye

Digression, meaning “to step away,” has been described by Nietzsche as a “sign of health.” In a literary context, however, the act of stepping away from the central story is often interpreted negatively — accidental at best, indulgent at worst. While literary digression does, by definition, stray from the story at hand, it can do so in ways that add value and have purpose.

In this workshop, we will wonder, wander and weave our way into a writing practice that embraces all things non-linear and lets out your inner loopy. We’ll take a look at literary examples and delve into writing exercises that turn the phrase “but I digress” into a badge of honor.

This course is a 4-week exploratory, generative writing course. Each week we will discuss digression in multiple forms and enjoy lively discussion in our classroom forum about the assigned readings. We will also apply these learnings to generative work and provide feedback to our peers while receiving feedback on one’s own work.

What This Class Will Offer?

Digression? What does that mean?

We will begin with a glossary of terms related to digression and examples of how they have played out in published work. What writers use digression? In what ways and why?

We will develop writing utilizing digressive techniques. Based upon the glossary or other inspiration, this week will be dedicated to writing a short piece – either fiction or non fiction – and intentionally choosing a single digressive tactic to serve a specific purpose.  Due by Monday of Week 3.

This week will be dedicated to feedback and discussions of the topic and the work provided that illustrates the many dimensions of digression. The initial work will serve as the foundation for a new approach to digression in which threads or themes send us in unforeseen directions. Due by Monday Week 4.

In our last week, participants will be able to revise any of their prior work based upon feedback or tackle a new digressive writing exercise. The group will also share favorite published works from other authors who have effectively stepped away and taken us with them. 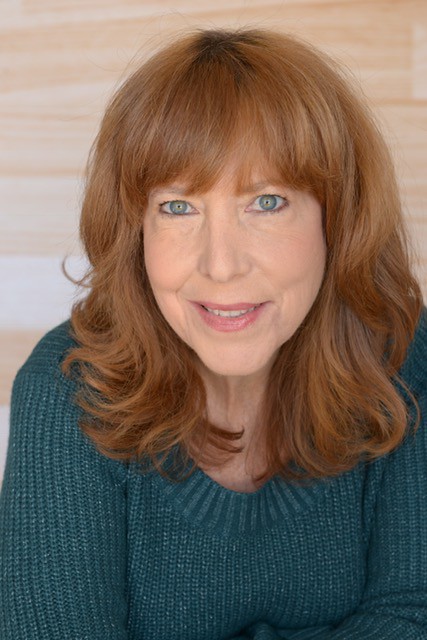 Rochelle Newman-Carrasco credits her Lower East Side New York upbringing with her love language, humor, and culture. After moving to Los Angeles as a teenager, she discovered the joys of theater and began a journey that includes storytelling on stage and for the page. A graduate of UC Irvine, with a BFA in Theater Arts, Rochelle returned to NYC, co-founded Pegasus Theater Company and joined Young Playwrights, where she developed award-winning work. She also took a part-time job that turned into a more than full-time professional commitment as she found herself getting deeper and deeper into the world of advertising and marketing. Her decades-long ad industry career, with a specialization in US Latino marketing, not only strengthened her voice as a writer of strategy and ad copy, but also led her to write and publish numerous opinion pieces on culture, diversity and inclusion and other related topics.

Quoted and published frequently in trade magazines like Advertising Age, AdWeek, and others, Rochelle always maintained her creative life both inside and outside of the office. Her one-woman show, Hip Bones and Cool Whip, which she wrote and performed, received strong reviews in the LA Times and LA Weekly. She has also done stand-up, improv, and wrote the screenplay for the award-winning short film Honesty, Pencil, Rose.

In 2016, Rochelle received her MFA from Antioch University, Los Angeles, with a concentration on Creative Non-Fiction and Literary Translation. She has since been published in several anthologies, including Lunch Ticket’s 20th Anniversary Collection, and in literary journals including Role Reboot, Lilith, Off Assignment, The Forward, Purple Clover, Assay, TravelMag.com and others. She is also the co-author of ZigZag, a new bilingual children’s book given special honors by Mexico’s Secretary of Culture. In addition to her MFA, Rochelle has been invited to workshops such as Tin House and Writing By Writers, where she has been mentored by literary role models like Lidia Yuknavitch, Michelle Tea, and Kiese Laymon, among others.

Rochelle currently lives in West Hollywood with her husband, actor Carlos Carrasco, and their dog Squink.

“I want you to know that you’ve raised everyone’s awareness of a strategy we’ve all used (or not) in our writing, and come across in our reading, but without awareness of it as part of the “art.”  Digression can expand and explode a story, let the reader in on a secret, or take the reader on a journey to a very satisfying, rich ending. Thank you!”

“I expected a blip of a boost in my writing. Instead I got solid skills and techniques I can use that stimulate creativity.”

“A whole new way of seeing connections in writing. I thought ‘digression’ might be boring, but it wasn’t.”